McDonald's Hamburger with a little extra 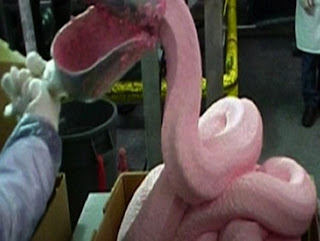 What the hell are we eating in the name of fast food? I think people have to start cooking for their families again. Is it any wonder that we are such a sick generation with increasing numbers of new, unheard diseases than ever before? Time for change.

McDonald's announced last week that, as of last August, is has stopped using ammonium hydroxide in the production of its hamburgers. MSNBC reports that the chemical, used in fertilizers, household cleaners and even homemade explosives, was also used to prepare McDonalds' hamburger meat.
And while the announcement is making headlines, you may (or may not) want to know about some other unusual chemicals being used in the production of some of our most-popular foods:

http://news.yahoo.com/blogs/sideshow/mcdonald-confirms-no-longer-using-pink-slime-chemicals-171209662.html;
Posted by Unknown at 9:43 AM