A new Chapter for Its's a new day

After 35 years of New Days, Willard and Betty Thiessen have decided it’s time for a new chapter.
The Winnipeg couple responsible for turning a modest, daily religious program into a small-scale broadcasting empire have announced they’re retiring, and have groomed their daughter and son-in-law, Bob and Audrey Meisner, to assume day-to-day hosting duties on their Christian daytime talk show, It’s a New Day.
This is a great show that I watch even though I am not a Christian but I like the approach of Bob and Audrey and the interesting guest they invite. I have learned a lot. I will miss Willard and Betty, two household names in the Winnipeg community but they have done their job in passing the mantle to an equally dynamic couple. Thank you for the years.
Posted by Unknown at 9:24 AM No comments:

Mental Illness Awareness Week (MIAW) is an annual national public education campaign designed to help open the eyes of Canadians to the reality of mental illness. The week was established in 1992 by the Canadian Psychiatric Association, and is now coordinated by the Canadian Alliance on Mental Illness and Mental Health (CAMIMH) in cooperation with all its member organizations and many other supporters across .
Campaign elements include: a grassroots public education initiative; a nationally-distributed poster and bookmark series; the Annual Champions of Mental Health Awards luncheon in and an education initiative with federal Members of Parliament, both in their home ridings and on Parliament Hill.
Quick Facts on Mental Illness
Mental illness affects more than six million - or one in five - Canadians. Of the 10 leading causes of disability worldwide, five are mental disorders. Close to 4,000 Canadians commit suicide each year and it is the most common cause of death for people aged 15 - 24. By 2020 it is estimated that depressive illnesses will become the leading cause of disease burden in developed countries like .

About 4,000 Canadians commit suicide each year and it is the most common cause of death for people aged 15–24. Mental illness is a factor in most suicides.

Some communities in rural and remote areas of have rates of suicide and addiction that are among the highest worldwide; many of these are Aboriginal and Inuit communities.

The downsizing of institutional care was not matched with a complementary upsizing of community-based services, resulting in significant gaps of service for those with severe illness and for people with moderate degrees of impairment.

A Canadian study found that two-thirds of homeless people using urban shelters suffered from some form of mental illness.

By 2020 it is estimated that depressive illnesses will become the second leading cause of disease burden worldwide and the leading cause in developed countries like .

The Business and Economic Roundtable on Mental Health has evaluated the impact of depressive disorders on business productivity. It estimates that economic costs of mental illness are the equivalent of 14% of corporate ’s net operating profits.

A report published by Health estimated that mental health problems cost of $14.4 billion in 1998.
Many Canadians do not recognize that they are ill while others don't seek help because of misconceptions about these diseases. Taking the time to learn about mental illness could make all the difference to you or to someone you care about. It's important to watch for warning signs of mental illness - and to seek medical advice as soon as possible if any become apparent. Symptoms include:

Inability to cope with problems and daily activities

Thinking or talking about suicide

Abuse of alcohol or drugs

Retrieved from Internet September 30, 2011:  http://www.miaw.ca/en/mental-illness/what-is-mental-illness.aspx
Living mentally well is not simply the absence of Mental Illness
A percentage of our population live mentally well
A percentage live with mental illness
But the majority live neither mentally well nor experience mental illness -
They live some where in the middle
Maintaining positive mental health means…….
Living a healthy life has often meant paying attention – only - to the many ingredients that make up positive physical health. However, we now know that health is composed of both physical and mental health and that the body and the mind interact, with one affecting the other – either positively or negatively.
In our culture, the emphasis on physical health means that most people can easily list what you need to do to stay healthy – eat sensibly, exercise regularly, visit your doctor yearly for check-ups and testing, drink alcohol in moderation, don’t smoke, and get a good night’s sleep.
Because mental health is less talked about, when we think about it, if we think about it at all, we may conclude that good mental health is something we have – or not – and there’s not much we can do about it.
Maintaining positive mental health means paying attention to your intellectual, emotional, and spiritual health – as well as your physical health. Some things to think about:
If you’d like to learn more…
Taking care of your mind: This it the mentally fit section of the Canadian Mental Health Association website. It defines mental health, describes the benefits of staying mentally healthy and offers practical tips for mental fitness. Available at: http://www.cmha.ca/bins/content_page.asp?cid=2-267&lang=1
Veterans Affairs offers tips for good mental health. Available at: http://www.vac-acc.gc.ca/clients/sub.cfm?source=health/depression/tips
Tips for Aboriginal youth on maintaining mental health and what to do when things go wrong: The Aboriginal Youth Network Health Centre, available at: http://www.ayn.ca/health/mentalhealth.aspx
For examples of community mental health promotion projects, see: http://www.cmha.ca/mh_toolkit/intro/intro_1.htm
Mental health literacy is defined as “knowledge and beliefs about mental disorders which aid their recognition, management or prevention.” For research and writing on mental health literacy, see: http://www.camimh.ca/mental_health_literacy.html
For Healthy Living Modules on topics such as Sleep, Goal Setting, Physical Exercise, Healthy Eating and Metabolic Syndrome Assessment and Tracking Tools please visit: http://www.ironstone.ca/client/HealthyLiving.pdf
Posted by Unknown at 9:05 AM No comments:

What a beautiful fall day. Aren't we lucky? or is this part of the global warming trend. Whatever it is keep it coming.
Posted by Unknown at 8:27 AM No comments:

Last Saturday (24/09/11)  morning about 1:00 a.m. I got up to turn off my TV when I noticed a plane or something like a plane hovering fairly low over by the Crazy Corner area and circling from there to the old train station area near to the bridge. I got up and looked at its circular movement for about ten minutes or more;  this thing was circling and shining a directed light on the ground. The light blinded me temporarily a few times as it shone directly in my face. I watched it for a while wondering what they were doing. Who could it be? What could it be looking for?
This might sound funny but I thought it might be a UFO and the people were coming to get me (lol). I wanted to pick  up the phone and phone my friends telling them if I am not there in the morning I went for a trip with the aliens.
Seriously, has anyone else witnessed the light. I want to know what they were doing. The light was blinding bright and it was like people looking for something. Could this be an unidentified flying object?
Posted by Unknown at 1:11 PM No comments:

Air Canada should up its customer service in the air 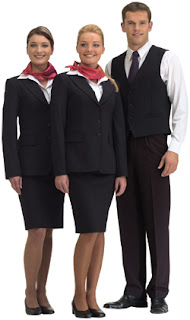 It's not the first time but I have heard it said many times, people have a better flying experience in West Jet than air Canada.  Air Canada flight attendants are apparently not as friendly and welcoming as others.
A friend of mine who flew from Vegas to Phoenix the other day could not speak more highly of the flight attendants on the American Airline she flew. She said they made her feel welcome and the trip more enjoyable. Unlike the attendants in air Canada who are always serious and grumpy. You have to smile more often people, you are serving the customer and it is your job. Is it any wonder no one cares when you go out on strike for more benefits.  You get what you give.
This friend says that Air Canada ought to send its flight attendants for some lessons from American Airline staff but I say why go that far, take a leaf from the book of our West Jet staff who are always a delight to be around, makes one forget one is in  the air. Being friendly to people, having a smile on your faces helps to take the edge off our fear of flying. So now that you've heard it, I hope you will do better Air Canada.
Posted by Unknown at 2:03 PM 1 comment: 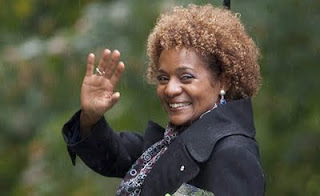 Michaella Jean, former Governor General is accused of spending taxpayer's money for her personal trips which added up to a lot. Jean defended herself saying that her position required the expenses she incurred. It was all part of the job. Read the story here

http://www.cbc.ca/news/yourcommunity/2011/09/should-high-profile-officials-use-government-jets-for-personal-trips.html
Posted by Unknown at 9:17 PM No comments:

The problem with cats

This morning on CBC there was a story about cruelty to cat in the Winnipeg area including Rathgar Avenue. Cats are turning up dead.  One in the Wolsley area was found hanging by a thread,  This is cruel and animals should not be punished for the negligence of their owners.
Cruelty to animals is never right and as humans we should protect them because they have a right to the environment as we have.
However, these animals are no ordinary animals but trained house pets and as such the responsibility lies with owners to take care of these animals. In the Rathgar area it is not uncommon to see cats roaming around the streets, sometimes they congregate in the back lane and  if you're driving you just spot these shining eyes.
I know many people complain about cats wrecking up their gardens peeing and poop around their plants. That's not right. Just like you contain your dogs, you also should ensure that your pet does not become a nuisance to others.
Perhaps the pet killer is insane and needs empathy and perhaps it's one of those angry property owner who are tired of the pet nuisance and went crazy on the pets.  Pet owners please be kind to your pets and take care of them, know where they are at all times please.  If you can;t do that give it away to a farmer who has more land space to accommodate pets.
Posted by Unknown at 6:14 PM No comments: