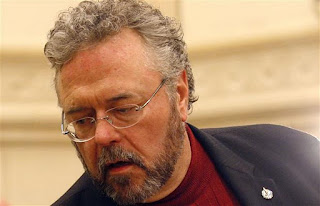 When I heard the news I was shocked. There was no news that he was sick but such is the nature of heart attack.
Mr. Alcock allegedly suffered a massive heart attack at the Winnipeg Airport and did not recover from it. At the time of his death he was a professor at the University of Manitoba. Alcock was 63.
According to MP Kevin Lamoureau "Reg will be remembered as a leader and true champion for Manitobans. Throughout my political career, Reg could always be counted on for help and sound advice and was a force to be reckoned with."  Life is an unpredictable mistress therefore we have to be prepared at all times.
May his soul rest in peace. Our sympathies to his family and close friends.
Posted by Unknown at 8:05 PM