Mr. Jim Ogunnoiki was on the red carpet yesterday at the Gala Awards banquet at the Royal Bank Convention centre in downtown Winnipeg being photographed flanked by his entourage of family, friends and colleagues who were there to support him.
A prominent member of the African Caribbean communities in Manitoba Mr. Ogunnoiki is well known for his volunteer efforts. His popular Annual Job Fair he founded and coordinates every year through the African-Caribbean Association of Manitoba Inc. of which he was President many times, attracts hundreds of people seeking employment and potential employers. He is well deserving on this award.
Mr. Ogunnoiki flanked by community members, Mr. Ogunnoiki and son, Mr. Ogunnoiki and
co-workers 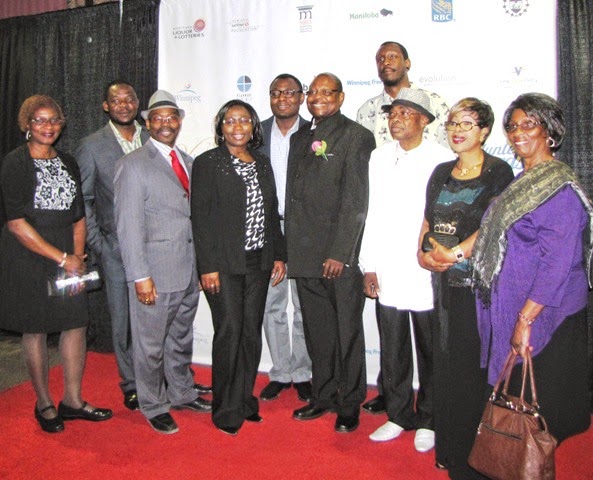 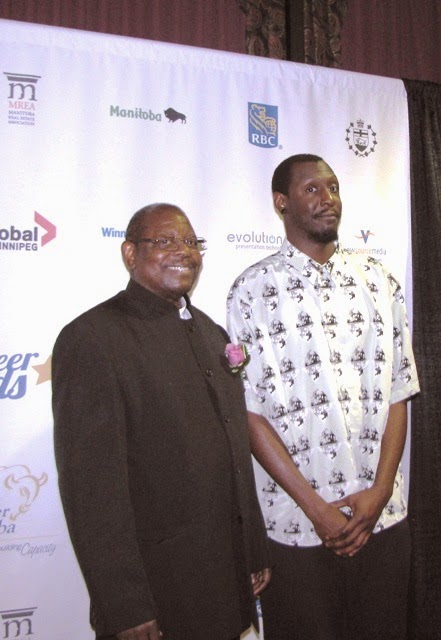 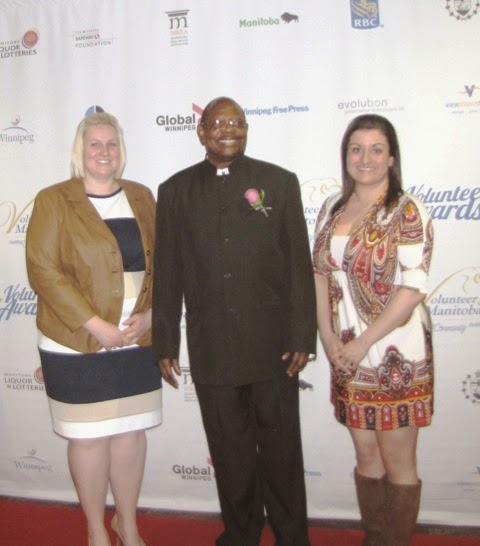